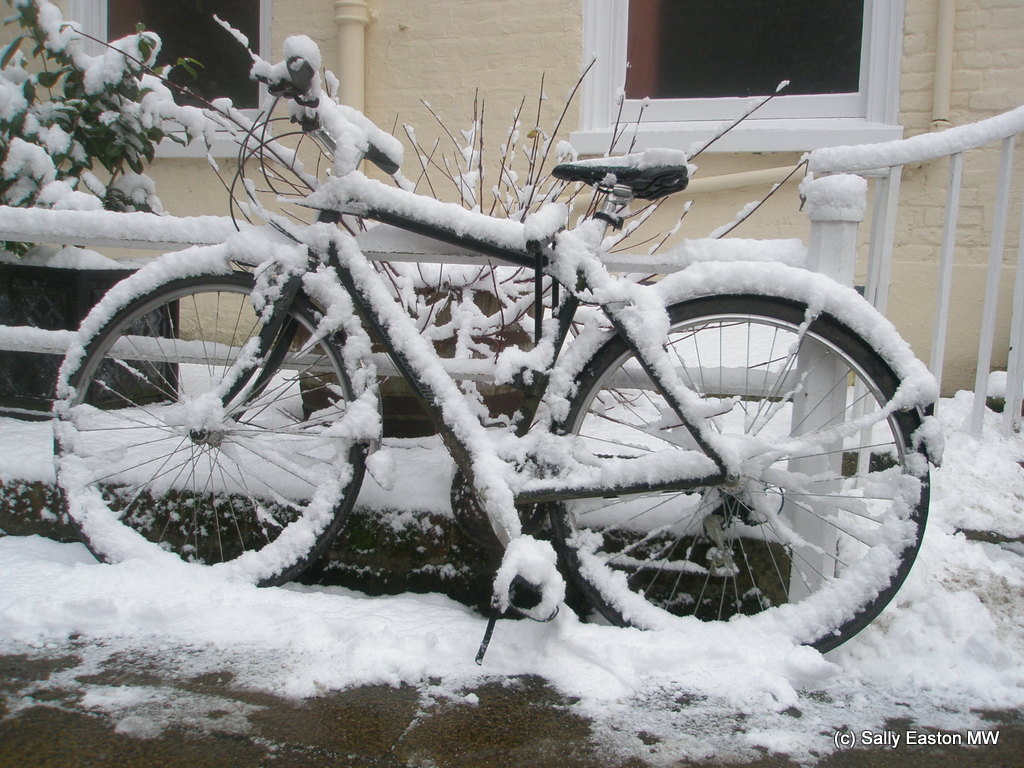 Apropos of snow and ice

This was one of the first bits of technical language I got to grips with. The weekly long run. Arguably the most critical part of marathon training. You’ve just got to put in the miles.

I’m not sure I’ve quite got the right definition though. None of the training schedules I’ve seen – and pretty much taken little notice of because they all look so complicated and rigid and lacking any recognition of real life getting in the way – have a run of more than 20 miles. At all.

I’ve never run 26.2 miles before. How do I know I can do it, unless I do it, beforehand? I understand enough about running a long way to know the head-game will be crucial. I just think I need to run 26 miles in practice before I get to April 21st. Training coach Lou at athletics club says I’m wrong (barmy). I know I should listen to her. And I do about lots of other things … but not that one. Yet. Maybe.

Anyway I seem to be defining my long runs as more than 15 or 16 miles, and preferably above 20 miles, though certainly not every week.  I have adopted the part of these schedules that says to build miles up over a few weeks, then drop them back in order to build them up again. That bit makes sense to me. So I’m not ignoring them altogether.

In December I did my first 20 and 23 milers on consecutive weekends. Both very slow and with stopping to map read as they were both in the New Forest. Actually I thought they went pretty well. With the second one I couldn’t believe I’ve been out ‘running’ for more than four hours. It didn’t feel as though it was four hours.

I realised later that on both those runs I’d emptied my head, or my head had emptied itself (not something I envisage taking a long time). There was nothing in my head but putting one foot in front of the other. I’d probably done an hour or so of imaginary conversations, reflection on events of the past few days, planning of things to come in the next few days, work lists, things to do around the house, things to do when I get my life back. Then there was nothing. Clearly I only realised this after the event!

I was kind of hoping this empty head syndrome was to become my friend over the next few months – time passing without knowledge of it doing so.  I even tested the theory on a 19-miler in the January compacted snow/ice. I had plenty to think about and plan: loads of work deadlines in the subsequent 7-10 days; planning the next few weeks’ workload; reflecting on conversations with friends; all the sort of stuff that needs dedicated head space.  Guess what? After a while – empty head. Now there are those of my friends who would argue this is my normal state of affairs, and I love them dearly, but occasionally I’d beg to disagree.

I’d been thinking I might even be pre-occupied by the snow/ice. But I have some urban crampons – rubber contraptions that fit to the sole of the shoe with hard wire coiled around the rubber mesh.  Brilliant things. I did my 19 miles with not so much as the faintest slip, and they were OK on the road where there was no ice or snow.  Got home, took the dog up to the park in my wellies. Even proper wellies with a solid, walking boot sole. It was the most I could do to stop myself going A over T. Really.

I was beginning to like my new pal empty head on these long runs. I went for 23.5 miles the following weekend.  Don’t ask me why the half, it’s just how mapometer measured the roads. Mapometer. There’s a brilliant thing.

Oh how l longed for empty head that session. My new best buddy had abandoned me. Not that after a while there was much of intellect, reflection or planning going on in my head, just that my head was still firing, still conscious, and I needed to keep telling myself to keep running, and that everything was fine and blah, blah, blah, blah, blah.

I guess this is where the mantras come in (later post, I’m thinking. I’m amassing a small collection). But on that day I focused on ‘rewards’ for finishing … the hot, soaky bath.  None of this ice-cold bath-sitting for me, I tried that after walking a marathon about four years ago, it’s okay as long as you don’t move, at all, because you just go numb, but it’s an ugly thing, and no reward. And with the running I seem to go cold as soon as I stop, so I reckon a cold bath is not the right recovery strategy (excellent counter-argument, I feel). Stretches, then long, plush, lush, soaky bath. Just have to try to not fall asleep while I’m still in. Don’t succeed very often, even though I am aware one can drown in just a few inches of water.

Other rewards? The surprising big one for me – is this the strongest, most powerful reward ever – just stopping? Not running. The idea of not running. Ooh, I can not run once I’ve finished running.  How can that be an incentive to keep running? It was though, on this occasion.  I’ll definitely remember it for when I need it next. I hope it’s just as helpful.

Another reward was an humungous glass (in moderation) of refreshing white wine. I’d even put a bottle of something nice in the frigo in readiness. And this was fine to keep me going, but once I’d stopped running, a glass of wine was almost the last thing I wanted. Even my enticing little dry Vouvray. I just wanted litres (or so it felt, probably just one and half, maybe) of juice and water. And a hot, plush, lush soaky bath.