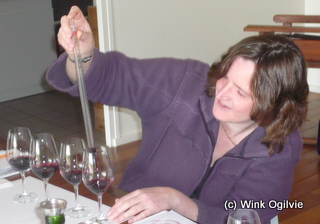 Whoever thought exercise could be intellectual? I’d been looking for ‘a big challenge’ for a couple of years, actually. My last big challenge was more than five years ago, which seems to be becoming the gap of habit.

A PhD had been among the contenders, I’d even had a few conversations about that one.  Learning French properly (or Italian from scratch) was another. Always something academic though – for the intellect I guess. Somehow I didn’t manage to get my head round either of these ideas, possibly because my previous two big challenges had also been academic.

Who’d have thought a marathon, and a sprint triathlon, were going to be the intellectual ‘big challenge’ that was missing from my life? That was a bit of a learning curve in and of itself.

In case you’re wondering, the triathlon came first. I was baited (clearly not entirely unwillingly) once too often and thus I agreed.  I would just say that at the time of commitment I neither owned a bicycle nor could I swim. Evidently this will be my first triathlon, as the marathon will be my first race (of any length).

Bicycling has been considerably easier to solve than swimming. In fact, cycling is rather easy – it’s a bit like falling off a bike really. Once you get back on it all comes back. And I now own a bicycle, thank you very much James, for having done all the research. They do say imitation is the highest form of flattery, so you should still be feeling supremely well flattered! Loving the bike, by the way, great research. However, panicking in water is not a great starting point to learning swimming. I know there’s a post about that trying to float its way into my consciousness.

All this exercise and learning about it, the technical language, what to do, what not to do, how to prepare, what to do straight after exercising – it all requires huge intellectual input (or is that just me?). The whole learning curve thing is great: how to adapt to what I’m asking myself to do, the methodology of how to go about achieving those goals. Do I break them down into smaller chunks?  Do I randomly sit (or run) at one end of the task and chip away at it until I reach the other end? How do I find and access the knowledge, skills and psychological resources I need to complete my big challenge(s). I reckon half of achieving big projects is the head-game.

All this running also appears to be the perfect foil for my day job, which is totally computer-sedentary, arguably even more so now I’m writing a book. Don’t get me wrong, I love my work; and I love being able to say ‘I’m writing a book’ (how utterly, utterly cool is that?). It’s also a huge intellectual undertaking in its own right, and very rewarding, but it uses different parts of the brain from the part that tells me to keep putting one foot in front of the other if I want to finish.

It occurred to me the other day that me doing the marathon is pretty much like me studying for my Master of Wine (MW) (one of my previous ‘big challenges’ a long time ago) – the nearly all-consuming intensity of it, the analysis of information and performance, the gap analysis of what’s missing, the competitiveness (sometimes just self-competitiveness) and drive to complete, finding out what the hurdles are, where they are, how to get over them.

Big challenges are good, if a bit, well, challenging. I guess my friend J would call them growth opportunities. No argument from me there.

UPDATE to Sports Bra: Oh no, those warnings of chafing have come true. I have my first chafing injury (injury, hmmm). Actually my second, just in the same place, only I didn’t realise what it was the first time. This is not about to get too personal for public consumption, well I don’t think so, it is my tummy button that’s chafed. I can now navel-gaze with impunity. Remarkably sore for a part of my body from which I’ve only previously lifted lint. And when in street clothes, it’s right under my belt buckle; actually that is sore. I think it must be the buckle of my hydration rucksack that’s doing it, which of course I won’t be wearing on the big day as there’ll be water stations, hurrah; it’s not much fun carrying around a couple of extra kilos when I start a long run.