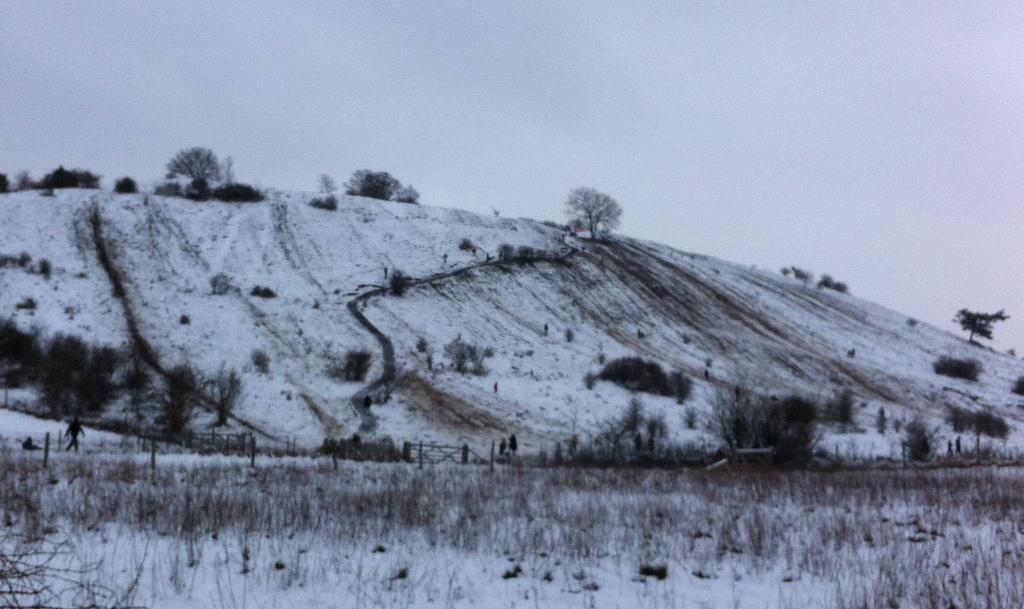 Not a typo.  I repeat, not a typo (though I’m not doing terribly well with my cultural references). St Catherine’s Hill, Winky, the steps starting by the plague pits, near the weir, for those with local knowledge.

I’d been ‘running’ (shuffling) up that really quite steep hill, I think you’ll agree, for a couple of months, but by the side of the steps, so I could control my step size, i.e literally one foot just fractionally in front of the other.  The thing about the steps is you lose control of your gait/pattern/rhythm and have to follow the tune of the steps, which are of differing height and horizontal length. I find this SO much more difficult.

Anyway, the bottom line is I knew I could get up the hill without actually grinding to a halt, though it was a close run thing on several occasions. I just needed something to shift me to the steps. I think it was repeatedly reading that hill work is necessary and important to training. The steps are covered with wire netting and they’re flat. The grass was getting slipperier and muddier, not that it’s rained much this autumn/winter or anything.

Christmas morning was my first attempt (and success) up the steps. Some Christmas present I know. I also knew I was going to eat a huge(ly) delicious dinner with family later in the day, and obviously wanted to pig out. It was Christmas, after all, and I had just a slightly salved conscience. And, as it turned out, I had hideously sore calf muscles, sort of locked, painfully into something solid and immovable. O-U-C-H. I hobbled around for two days, learning some days later, more running magazine information, they really are quite informative, that the calf pain is because the heel finishes below the rest of the foot on an ascent which does (painful) stuff to the calves.

The other day, someone, with trainer, said as I started up the hill ‘let’s see the professional do it.’.  Ha! If only they knew my neophytic status … if only I’d had enough breath (and this was in the bottom third of the hill) to tell them I’d only started this process three weeks before.  Evidently a hi-vis running jacket elevates one’s status beyond its proven worth.  Note to self:  wear hi-vis jacket more often.

Another time I was there at pitch black, silly o’clock and there was a group of others doing the same thing.  I got to the top, near-collapsed, only to hear a friendly voice emerge encouragingly “keep moving”. Of course he was right, thanks for that, but it is surprising how hazardous it is even to jog down the hill when the lungs are burning and the legs are wobbly with working so hard.

I’m keeping in mind that running round Winky is inevitably a hilly affair, which I’m hoping will stand me in good stead. The London marathon is flat.  The website says flat and fast, but I guess they haven’t met me yet.