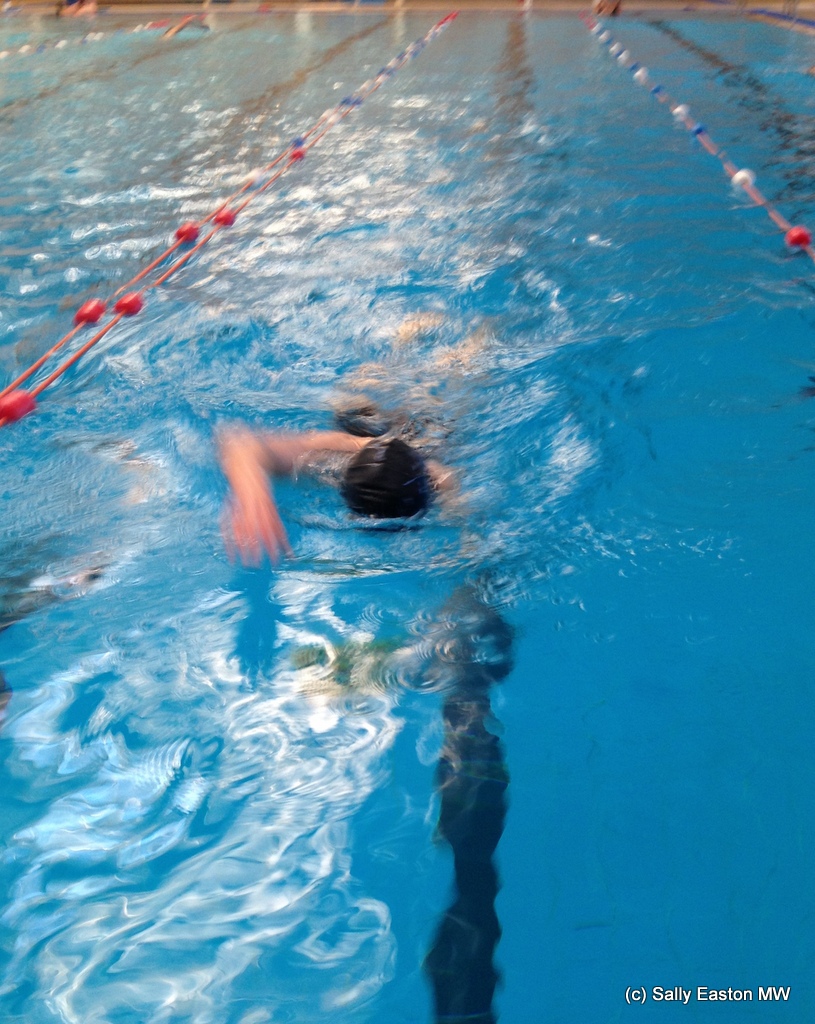 Me … not drowning! Seriously, it’s me.

Enough reflection and reflected glory from the marathon, I have work to do … my first triathlon – sprint – is on Monday (yes, alright, I am indeed already thinking about another triathlon).

Future posts will detail the emotional agony, the cartoon-imaged, heart-pumping panic and the quiet, surprising moments of perceived and real hope along my journey from not being able to swim last October to completing the requisite 16 lengths for the first time just eight days ago.

I’ve been doing my drills for months, so in all, doing more than 16 lengths each session, but with breaks and rests. I’d not put the all the lengths together, with, or without, stopping. I had got up to swimming 4 lengths of crawl without stopping, so I adopted a 4 x crawl, 1 x breaststroke strategy, which gave me the semblance of a bit of a breather on my breaststroke lengths.

Then, as if that wasn’t enough the marvellous M, my swim coach, ‘suggested’ I do a T1 (transition from swim to cycle) practice. So this Monday just gone, I swam my 16 lengths for only the second time, then jumped straight out of the pool, did a quick micro-towel down, put on tracksuit over the dripping swimsuit then took the long way home, cycling 4-5 miles.  Felt OK. Don’t think I got jelly legs, which everyone says happens between the swim and the cycle, then also between the cycle and the run.

We’ve done some T2 (cycle to run) practice in training and I haven’t, so far, had jelly legs then, either. All of which, of course, leads me to conclude that jelly legs are all in the mind. Pretty much like I decided the wall was all in the mind for the marathon.  Surely you only hit the wall if it’s in your head and you’re thinking ‘where’s the wall?’ Bang, you’ve just run right into it. No?

As it happens, run coach says otherwise … but, until further notice, I’ve decided the only jelly I’m going to be packing are the babies. 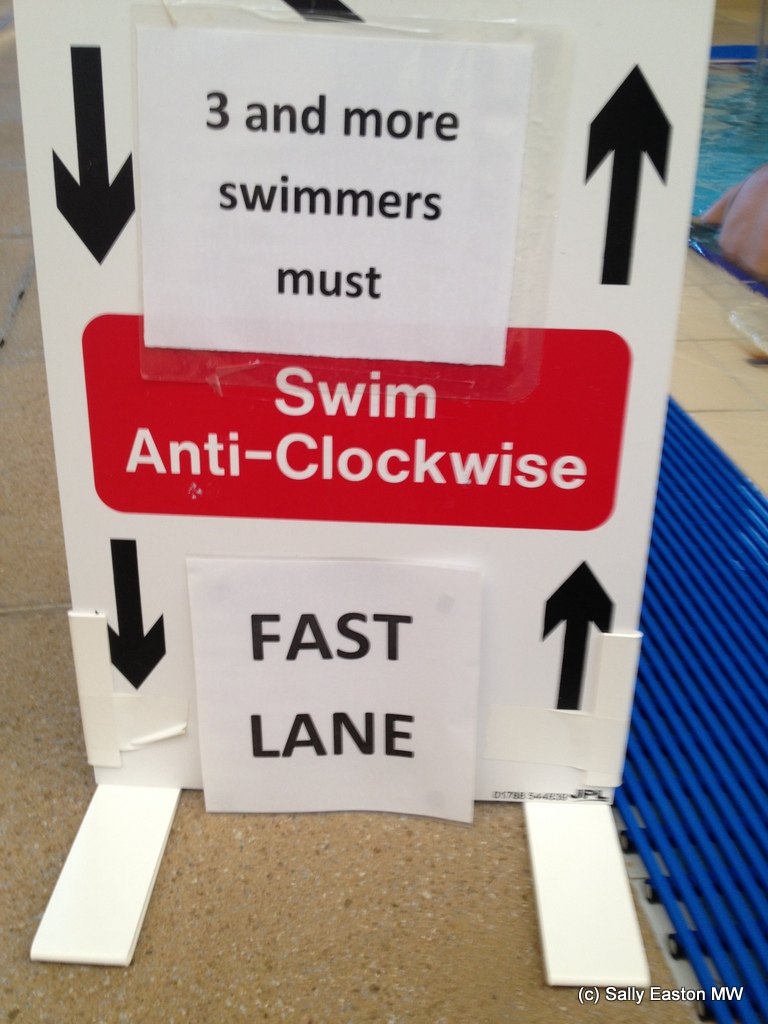 The only thing I’m thinking about for Monday is the swim.  I have to remember that there’s more to do once I finish my 16 lengths. I can imagine being so relieved to crawl out of the pool still breathing that I think that’s the end of the challenge. But we’ve practised the cycle route so many times now, I shall have to hope that I can go onto automatic pilot, once I remember that there is cycling and running still to do.

Whoever thought getting soaked before going round in circles was a good idea?